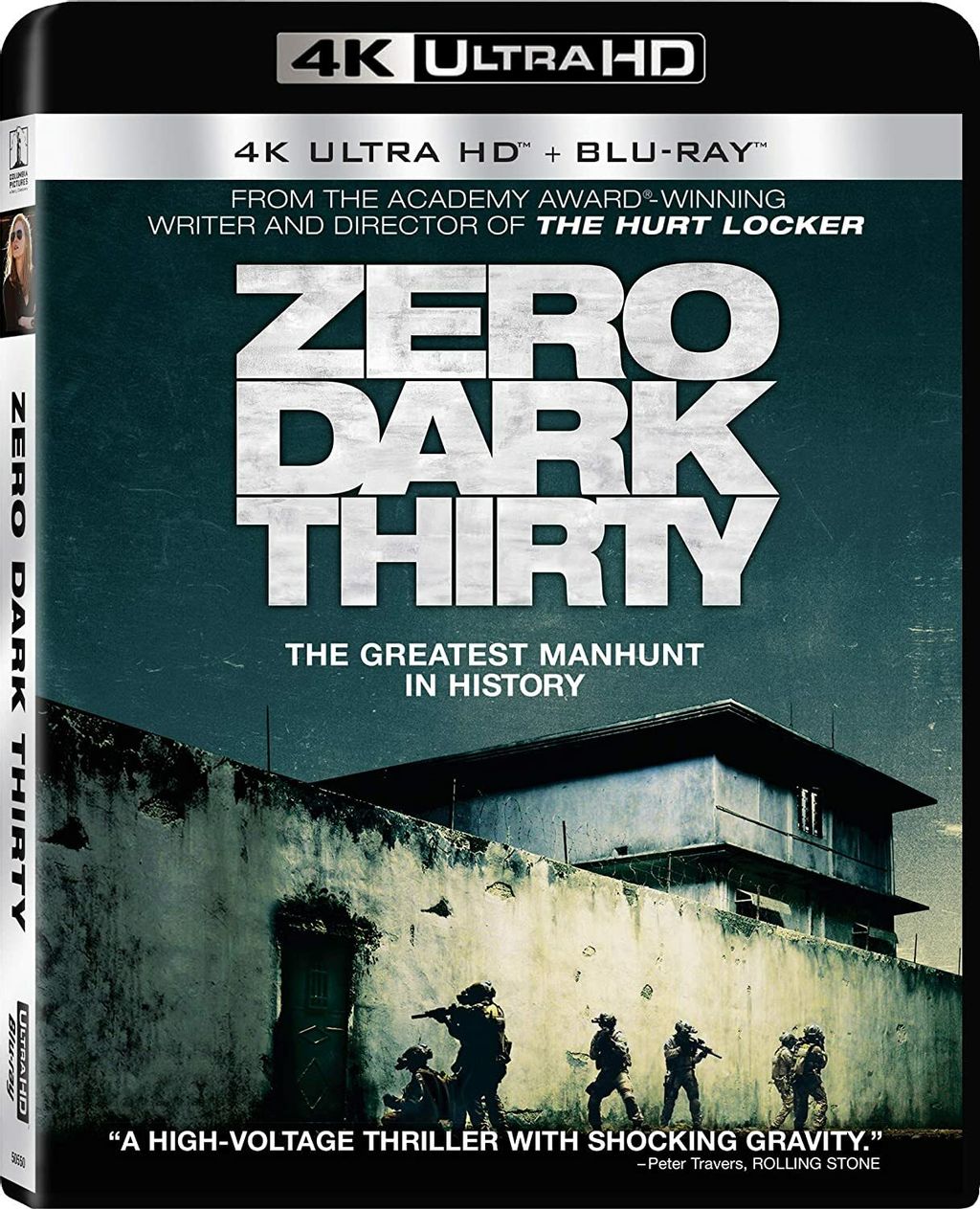 Zero Dark Thirty was reportedly shot at a resolution of 2.8K and finished at 2K. This upscaled UHD delivers an image that's impressively complex and capable despite a lack of a "true" 4K experience, boasting a solid increase in detail and color over the previously released, and very well received, 1080p Blu-ray version. Sony's UHD delivers improved sharpness and textural intricacy, noticeable right off the bat in the opening integration sequence. Pores, facial hair, sweet, wounds, and blood reveal superior clarity over the Blu-ray, all of them adding to a greatly more stabilized and organically complex image. Such increases remain throughout, with various locations, in any number of lighting conditions -- from brightly lit Pakistani markets to the dimly lit interior at the Usama Bin Laden compound -- boasting at times heavily improved textural significance. The HDR-enhanced color palette remains true to the film's essential, innate appearance. Shades are boosted with added depth and brilliance, but never to the alteration of core colors, simply adding finer punch and sureness to everything from hair to explosions, with even earthy terrain and camo displaying added firmness and authenticity. Black levels are absorbingly deep and pleasing, with only the nighttime raid at the end pushing a hair bright and gray. Flesh tones appear true. No major encode or source issues are readily evident. This is a rock-solid UHD, a very nice improvement over a reference 1080p image, and one of the finest upscaled 4K images on the market.

Zero Dark Thirty's Dolby Atmos soundtrack offers enough refinements to make itself reason enough to upgrade from the Blu-ray. As with the boost in picture, the improvements to the audio side are evident right form the outset as emergency call recordings filter around the stage with haunting positioning and prioritization. The sense of place in the interrogation room to follow is most impressive; the stage opens considerably, front, back, and top alike, to accommodate the reverberations, heavy creaks, screams, and dialogue that define every moment within. It's amazing how the Atmos track almost literally transformers the listening environment into an impressively authentic location much bigger than the home theater. Gunfire pops and zips with commanding realism. A barrage of shots in chapter four delivers intensive depth and authentic command of the weapon's report, yielding amongst the top handful of most realistic gunfire ever heard on a home video release. Helicopter rotors heavily slice through the stage with enough balanced heft and rattle that the listener can feel them. The entire raid sequence to end the film -- the chopper crash, breaching explosions, and gunfire -- play with a startlingly intense command of the elements. Music is full bodied and well detailed at every turn. Environmental effects are full and engaging. Dialogue is firm and clear with natural front-center positioning and seamless reverberation as locations allow. This is a reference track from start to finish.