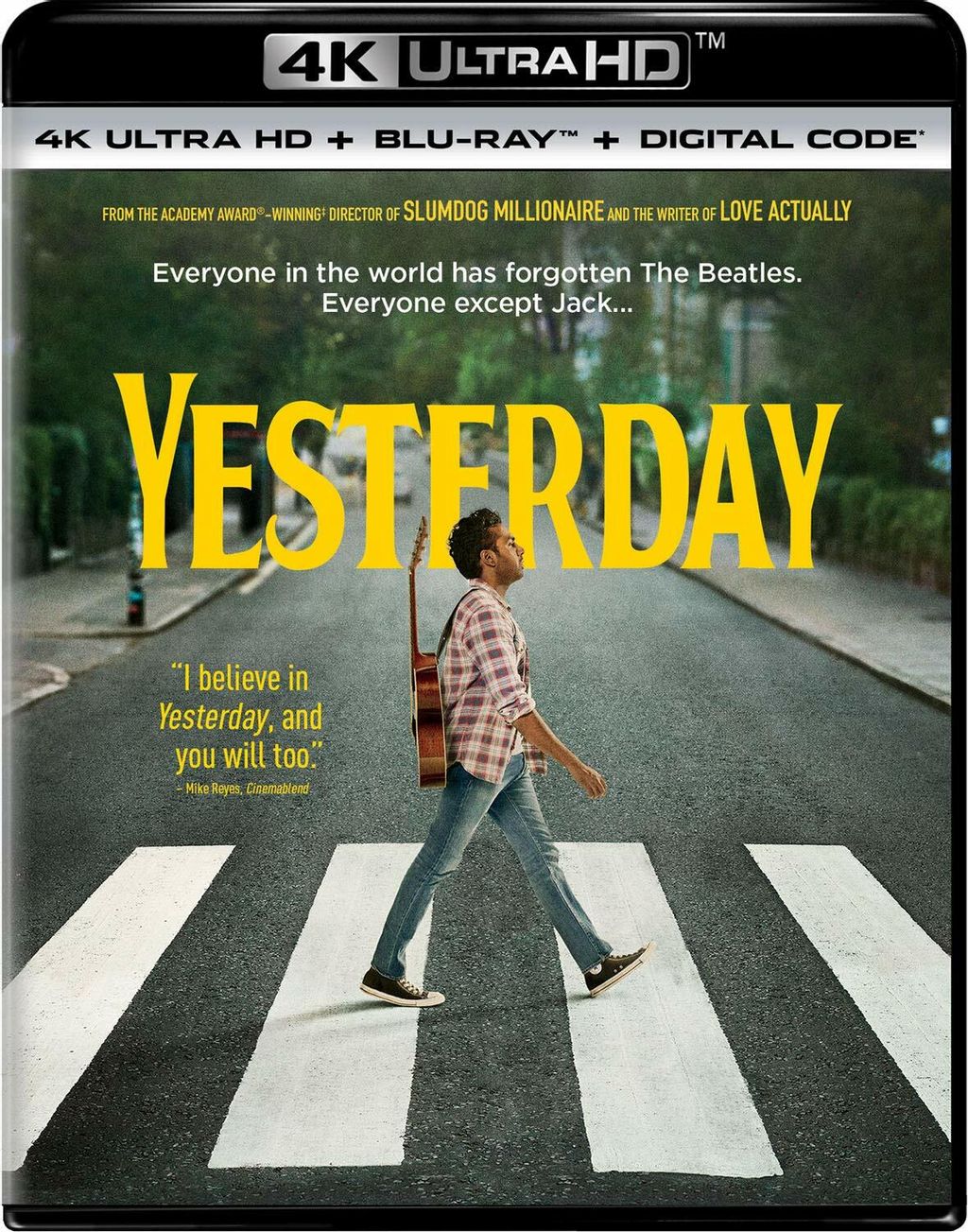 Yesterday's 2160p/HDR UHD presentation offers a good, tangible upgrade over the Blu-ray, which is itself of a very high quality. The bar is raised here, expectedly considering the 8K source photography and 4K digital intermediate. The image is appreciably more sharp. Textures are firmed up beyond even what the Blu-ray has too offer, finding more clarity, inherent sharpness, and raw definition on everything from facial hair and pores to pavement and brick walls. Look at a bright outdoor scene in chapter three after Jack is released from the hospital. There's a brick wall that's abundantly detailed even as it's not the scene's focal point and not necessarily intimate to the camera (it's also a tremendous example of the UHD's HDR prowess; more on that in a moment). Another such example comes when Jack arrives in Los Angeles in the 48-minute mark. The terrain around the Hollywood sign finds a fairly significant addition to sharpness and clarity, even, again, as it's hardly in the foreground. The 2160p resolution brings with it a picture that is texturally sured up across the board, one that is cleaner and slicker but more obviously stout and clear.

The HDR color spectrum brings new vitality to the image. Skin tones are more dynamic, whites are more impressively crisp and bright (that aforementioned Hollywood sign), natural greens sparkle with added depth, and blue skies kick into another gear of gorgeousness. Clothes, environmental details, and all variety of colors throughout the film, including bright stage lights, are deeper yet more intense and brilliant at the same time. Across the board and in every scene, from bright sunshine to deep and dark night skies, from warmly lit interiors to harsh stadium lighting, there's nothing the HDR color spectrum doesn't improve upon. Just as impressive, the little bit of banding seen in the Blu-ray is largely eliminated on the UHD (see a background wall on the right hand side off the screen at the 54:47 mark) and the worst offending scenes for noise (a nighttime car interior dialogue at the 1:24:00 mark) are better managed, though noise is certainly far from eliminated. This is easily the best way to experience Yesterday in the home.

Yesterday's Dolby Atmos soundtrack is well rounded. The track is balanced and beautifully engineered, amplifying its musical scenes as needed and allowing drama, romance, and character to dominate the track in the more sonically subtle moments. To be sure, music is the highlight, both in small and intimate acoustic sessions and particularly late in the film when Jack plays to a couple of very large crowds. Those large-scale concert scenes deliver prodigious sonic excitement, great instrumental detail, hardcore intensity, and plenty of crowd fill. Surrounds are used extensively but with carefully attuned balance, ditto the subwoofer channel. The Atmos channels carry a good bit of fill, both in support of music and environmental details alike. One of the Atmos highlights is something simple, a press conference in chapter 16 when microphone reverb commands the stage with a well rounded top end component. But the track is always aware of the scene and its sonic needs and never fails to indulge and engage as necessary. Dialogue is clear, well prioritized, and center-grounded for the duration.