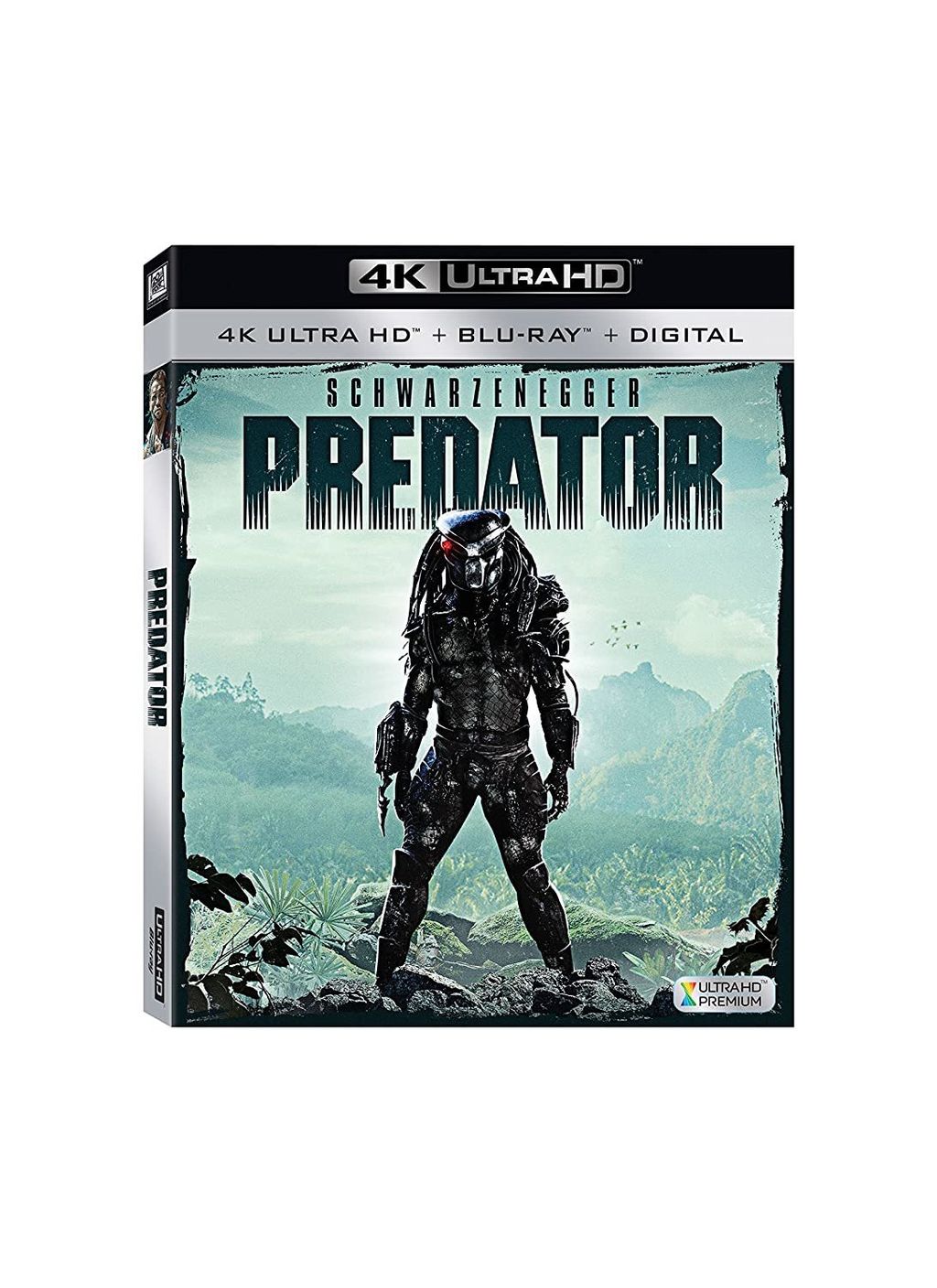 Predator is presented on 4K UHD courtesy of 20th Century Fox Home Entertainment with a 2160p transfer in 1.85:1. Both this film and its follow up were reportedly given brand new 4K scans, and the first thing fans will notice as the 20th Century Fox masthead comes into view is — grain. In fact, a lot of it (much more than the other shot on film offering in the Predator: 3-Movie Collection 4K, Predator 2 4K). Here's the thing, though: unlike some shot on film 4K UHD transfers from Lionsgate I've reviewed over the past little while that I found at least occasionally on the dicey side, Fox's encode pretty effortlessly supports even the rather coarse (and, frankly, somewhat "dupey" looking) grain in the opening couple of seconds, a tendency that only improves once the actual film starts. While there are probably unavoidable ebbs and flows to the grain field here, partly due to lighting conditions and at other times due to opticals, things look commendably organic throughout the presentation, with a really nice thickness and texture to the proceedings that those who want "film to look like film" will almost certainly approve of. Detail levels are noticeably improved throughout this version, even in some of the dimly lit and mist filled jungle scenes, but it was some of the tweaks to the palette courtesy of HDR that really caught my eye as I watched this version. "Little" elements like the saturation on Arnie's red shirt in one of his first scenes are quite notably more vivid now, and even the interstitial green tones in the many jungle sequences have greater range and nuance. Explosions from gunfire and, well, explosives also offer a somewhat more lustrous orange tone in this version, and the highlights of the "Predator vision" moments gain new force as well. Some of the heavily graded and/or "stylishly" lit sequences, as in some of the longer moments bathed in red, have surprising levels of fine detail that are frankly nowhere to be seen in the Ultimate Hunter Edition Blu-ray version. Both this film and each of its follow ups sometimes suffer from slight inadequacies in shadow definition in some of the darkest moments, but I can't imagine many fans, especially those really disappointed with the Ultimate Hunter Edition, not being pleased with the look of this new 4K UHD version.

One possible letdown for fans is Fox's decision not to grant this release a new DTS:X or Dolby Atmos mix. This release features the same generally excellent if somewhat dated sounding DTS-HD Master Audio 5.1 mix that is capably assessed by both Marty and Casey in their respective reviews linked above.