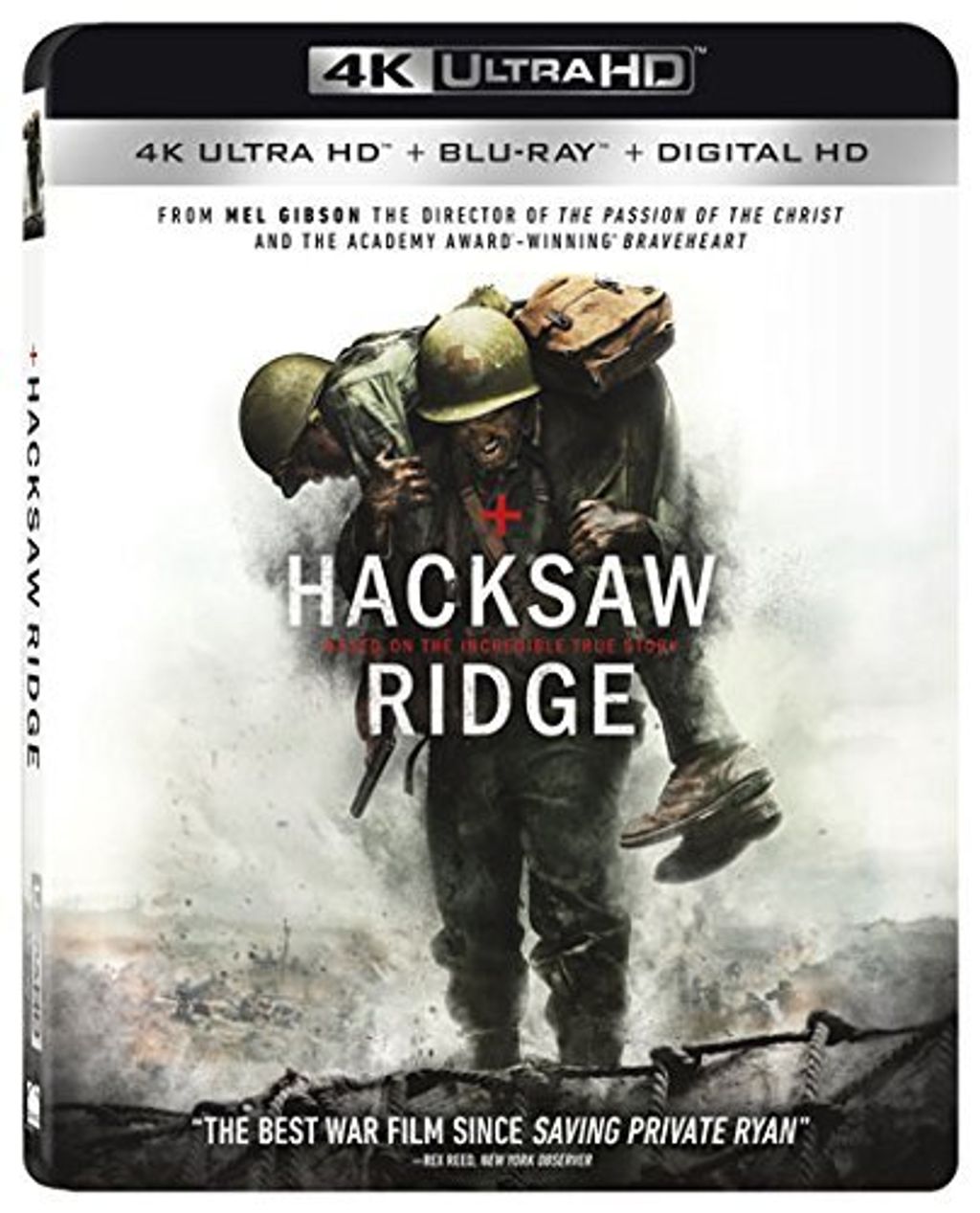 Hacksaw Ridge is presented on 4K UHD courtesy of Lionsgate Films with a 2160p transfer in 2.39:1. Though finished at a 2K DI, this is another 4K presentation that acquires some interesting new detail levels in this version, including in likely suspects like the fabrics on costumes and upholstery, and other elements like facial pores, especially in close-ups. Clarity is also increased, at times markedly, so that (to cite one example) the print in Doss' Bible can more easily be read in this version than in the 1080p Blu-ray version. However, once again some of the most striking differences come courtesy of new nuance in the palette, which really puts a new spin on the visual experience at several moments. The opening battle scenes have a much more defined delineation between the almost monochromatic backgrounds and the bursts of color (like flame or gruesome wounds) that Gibson singles out for "colorization". Some subtle new differences in individual tones are also apparent. The "red" cross on Doss' helmet now attains a slightly ruddier hue, for just one example. The increased resolution does tend to point out the artificiality of some of the CGI, notably the first establishing shot of Okinawa, where the ocean and ships in the background look more like an illustration. There are occasionally very slight moments of judder, as in the first vertical pan down the exterior of the church where Desmond is cleaning the window in the early part of the film.

This release has the same blistering Dolby Atmos track I assessed in our original Hacksaw Ridge Blu-ray review.