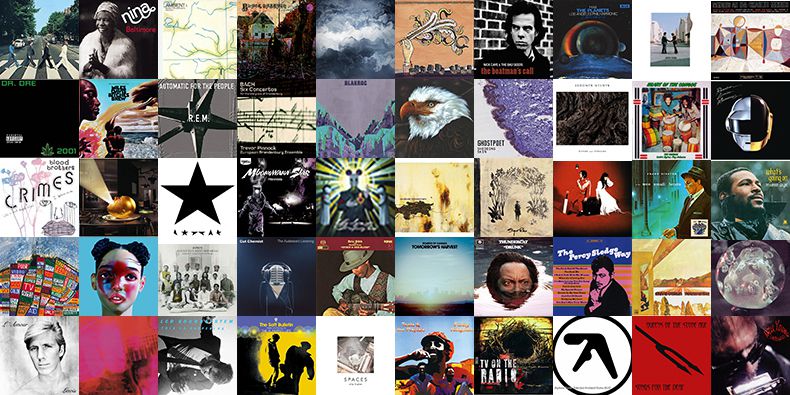 These list of songs are used to test every aspect of a pair of speaker's performance from treble and bass quality to the way they handle rhythm and dynamics. This is by no means a complete list - we'd be here for days if we tried to list every single song used for testing - but it's a start.

As is Radiohead’s wont, The National Anthem is a dense, multi-tiered wedding cake of a song, with acoustic and electronic instruments firing off in all directions – not to mention a brass ensemble that appears to have turned up to the wrong booking. Everything is dialled up to eleven, from the treatment on Thom Yorke’s vocals and the overdriven bass guitar sound, to the Theremin-y wailing in the background.

Your speakers must strike the perfect balance between organisation and attack, between dynamism and poise and, most importantly, between control and abandon, throughout the frequency range. Done correctly, this is a thrilling cacophony. Done badly, it’s just a cacophony.

Hot Chip - Ready For The Floor

Bob Marley & The Wailers - Turn Your Lights Down Low

Bob Marley gets much of the credit for bringing reggae to a worldwide audience, but Island Records’ insistence on a high-gloss hi-fi sound made the traditionally rough-and-ready genre more accessible. Turn Your Lights Down Low demonstrates this beautifully: it’s such a spacious recording, with each instrument secure in its own area of the soundstage.

Your speakers must describe each player’s position on the stage and, most crucially, the space between them if the low-heat simmer and intensity of the tune is to have full impact. Not many songs use space as an instrument quite as effectively as this.

Johan Johannsson - By the Roes, and By the Hind of the Field

To Test Attack and Decay

A more stop/start, truncated and altogether abbreviated collection of electronically derived sounds you’re unlikely to find – so Das Spiegel is a splendid test of your speakers’ discipline as far as attack and decay go. Aside from strummed rhythm guitar and blown melodica, every sound here has seemingly been designed to appear from nowhere and end just as abruptly.

From the four-square boom-bap of the drum pattern to the squeals, hisses and squeaks in the background as the tune builds, control needs to be martial. And the thrumming, almost unbroken bass sounds only add to the test.

Igor Stravinsky - The Rite of Spring

To Test Rhythm and Timing

Drummer Jaki Liebezeit establishes an irregular, complex cage for his bandmates to work within, and the result is a remarkably thorough test of your speakers’ ability to integrate a fiendishly off-kilter and disparate collection of instrumental strands into a cogent and unified whole.

At around 2:23, Liebezeit unleashes a volley of typically risky fills and pads that would be tricky enough for your speakers to manage, rhythmically, on their own. But there are burbling bass phrases, guitar picking and keyboard outbursts confusing things further - and that’s before you factor in the obtuse vocal inputs Damo Suzuki delivers in his second language.

Swedish mezzo-soprano Anne Sofie von Otter’s 2001 album with Elvis Costello, For the Stars, is a pitiless test of your speakers’ powers of midrange communication.

Not only is this open, spacious and relentlessly hi-fi recording loaded with miniscule details – of von Otter’s phrasing, of her tongue, teeth and palate noises - it also reveals some of the secrets of her breath-management.

It’s a hi-fi cliché, but in this instance it’s true: if your speakers are up to it, this will sound like she’s right there in the room, singing with equal quantities of emotion and control.

Nina Simone - I Put A Spell On You

Jazz stunt-drummer Roach is bandleader here, and his impeccable hi-hat and ride cymbal playing is a decent test of treble fidelity in itself. But it’s saxophonist Clifford Jordan’s wailing, keening and strident playing that really separates the high-frequency men from the boys.

His squeals and flurries of upper-register notes need to shine, but not spill over into grating sharpness. From 3:00 to 3:12, he tests your tweeters’ ability to control a note while still retaining its grit and attack. Singer Abby Lincoln and chorus weigh in with some high-frequency fidelity examination of their own at 4:38, and again from 6:04 onwards.

The ability to shift from ‘very quiet’ to ‘very loud indeed’, whether it's a voice, a single instrument or a large-scale symphony orchestra in full attack mode, is an essential loudspeaker talent. And there aren’t many pieces of music as useful at demonstrating the dynamic potency of an orchestra as Gershwin’s Rhapsody in Blue.

Inside the first two minutes it switches from plaintive piano to strings/brass/percussion overload and back again several times – and each time it does, your speakers must make the switch instantly and without displaying any undue stress. Which is not as easy as you might think.

Ramid Djawadi - Light of the Seven

Massive show-off Thundercat (Stephen Bruner) delivered one of the more critically acclaimed albums of 2017 with Drunk. And on Uh Uh (a brief but exhausting exploration of the six-string electric bass guitar), he plays with such frantic virtuosity your speakers have no hiding place.

Bass extension, speed, tonal variation, and attack and decay all get the sort of examination that speaker engineers dread. What’s required here is well defined, well described variation in note tonality and intensity. In the right hands it’s a remarkably athletic piece of playing, but in less capable care it’s just a low-frequency mess of overlapping information.

The devil’s in the detail, apparently – certainly that’s where full enjoyment of a piece of music exists. And in a big symphonic set-piece like this there are numerous chances for your speakers to show off just how capable they are of picking up the nuances.

The sound of a flute-player’s embouchure, the rattle of a snare beneath a drum-skin, the blare of a trumpet as it sounds the charge, even the squeak of a timpani foot-pedal – tiny details like this are what makes a piece of music truly alive.

Do your speakers pick up on the tiny inputs of the triangle in the background of this piece? No? Put them on eBay and audition some new ones.

Though at the time considered a danger to British civilization, forty years on the Sex Pistols don’t sound like any kind of threat at all. They do sound brilliantly produced, though.

Given what he had to work with (guitar, bass and drums of a fairly rudimentary kind, and a vocal that, while compelling, is hardly a melodic paradigm), Chris Thomas’s production of Pretty Vacant is little short of miraculous. Full and widescreen, with the shape and layout of the drum-kit absolutely explicit, it thoroughly tests your speakers’ ability to form a coherent whole-stage image.

This article originally appeared on WhatHiFi.